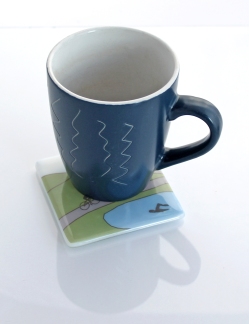 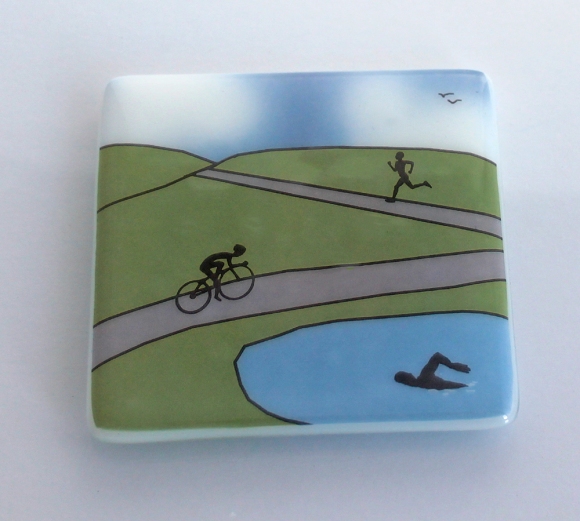 Leeds hosted the beginning of the 2014 Tour de France which spent three days racing through Yorkshire and led to the legacy annual race of the Tour de Yorkshire.  This year Leeds is playing host to another exciting sports event – a stage of the ITU World Triathlon.  As a cyclist and a swimmer I’m very attracted to the idea of a triathlon but I just can’t run.. at all.  So I am left filled with respect for those who can excel in all three of these activities.  The world’s best male and female triathletes (including the Leeds based Brownlee brothers) will be competing and there will be around 6000 amateur triathletes competing at different levels on the same weekend.  So if you haven’t already planned it Leeds will be the place to be on the weekend of June 11th and 12th.

To celebrate the event I decided to create a limited edition triathlon image which is now available as a boxed, numbered coaster and as a signed print.  The coaster and print are available online and will shortly appear in the Leeds Craft and Design Centre.

As seen on Countryfile

The Lovely John Craven interviewing me about my glass in my studio. 22/6/14